Hubbell began as the Electric Heater Company after Han Dineson invented an electric water heater and was incorporated in 1927 and renamed to Hubbell, the Electric Heater Company in 1931. The company relocated to its current facility in Stratford, Connecticut in 1953 and began production of foodservice equipment booster heaters in 1970. They have since expanded into the manufacture of tankless water heaters and continue to grow. Serving both commercial, residential, and industrial markets, Hubbell remains a leader in the water heating industry. 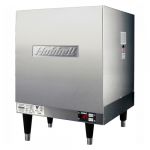 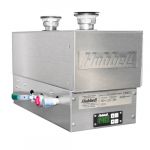