The store will not work correctly in the case when cookies are disabled.
New Limited Time Deals on Pizza Making and Serving Supplies! Don't Miss Out! 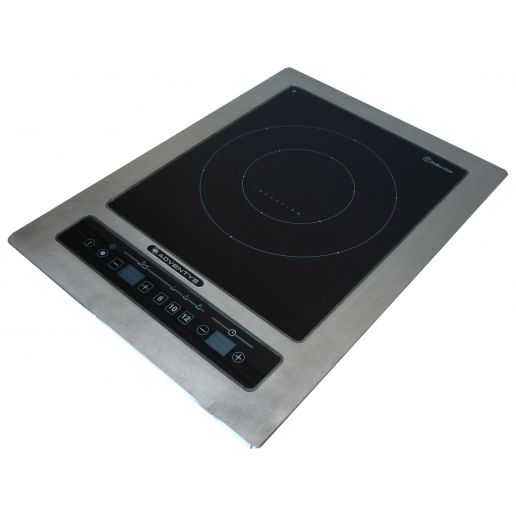 How does induction work?
Induction is a basic principal of physics. When the electric current travels through a copper coil, it creates a magnetic field. The pan attracts that field and heats up.

Can any pan be used?
No. It is important to purchase medium to high quality induction ready pans to maximize the potential and benefits of induction technology. We recommend 3, 5, and 7 ply pans to attain the best results. All pans must be ferromagnetic. Certain cast iron and steel pans will operate well with induction technology.

Does the unit need to be under a hood?
Generally no, but we do recommend checking with your local inspector.

View all Description
Because this item is not stocked in our warehouse, processing, transit times and stock availability will vary. If you need your items by a certain date, please contact us prior to placing your order. Expedited shipping availability may vary. We cannot guarantee that this item can be cancelled off of the order or returned once it is placed.

NSF Listed
This item meets the standards imposed by NSF International, which focuses on public safety, health, and the environment.

6-20P
This item can safely be stacked with the same items.

ETL Sanitation
This item meets all sanitation standards imposed by the ETL, a division of the Intertek Group.
Free Shipping
Free Shipping
Add this item to the cart to calculate your shipping rate
$1,698.99
Each
Shipping
Typically Ships 3 to 4 Days