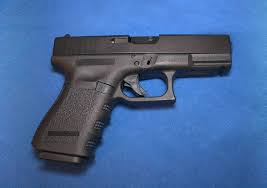 When you walk into this Utah restaurant, you might think twice about raising a stink about how well their commercial stoves are working. The servers wear kilts, and they’re also openly carrying handguns. The owners are staunch supporters of the Second Amendment.

Open carry started as a result of safety concerns. They had money, they were in downtown, and they were worried about their safety. So, the owners, a husband and wife team, applied for a concealed-carry license.

While the wife was waiting for her permit to arrive, she started to open carry her weapon. Then, her servers started to do it. The owners were worried about the move at first, but it was positively met. Customers feel a bit safer.

They’re working from their own recipes at the restaurant, but they’re seeing plenty of success. They’ve developed a cadre of regular customers who are eager to keep the place going. People are not only in favor of keeping the restaurant going, but they love the food.

Nearly everyone in the family open carries. Customers are not worried about bringing their weapons into the restaurant as well.

What do you think about open carry in your restaurant? Do you feel that your servers should be armed to serve?