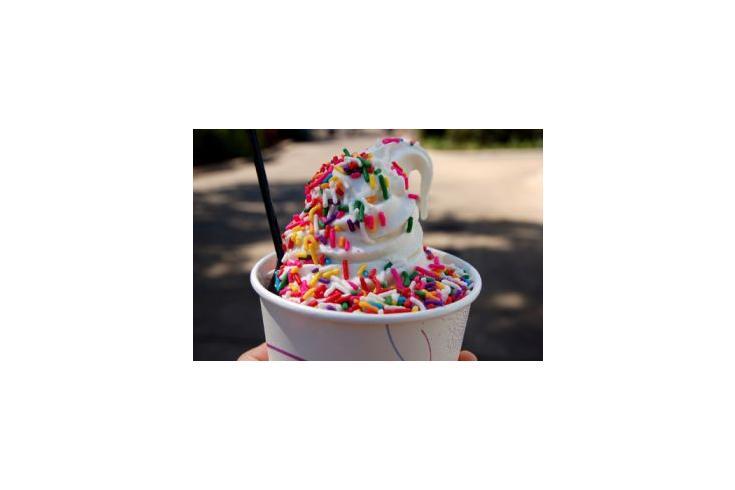 A Little Bit About Frozen Yogurt

Frozen yogurt started as an alternative to ice cream.  People wanted something that tasted just as good as the ice cream that they’d grown up with, but healthier.  In 1981, the frozen yogurt movement was born with the opening of the first TCBY.

Like any good idea, there were imitators to the TCBY brand and stores started popping up everywhere.  Sales of the product reached around $25 million in 1986.  By the mid ‘90’s, frozen yogurt sales reached around 10% of the frozen dessert market with over $300 million in sales.

There was a darker time for yogurt that happened after the ‘90’s, and many turned in their frozen yogurt machines, but, like any food trend, it came back when enough time had passed. Gradually, with the efforts of some of the newer chains, there was a resurgence in frozen yogurt in the 2000’s and it has been listed as a trend which is here for at least another few years.

Ice cream and frozen yogurt have been trading fastest-growing titles with one another for years.  Right now, frozen yogurt is going through a renaissance with its multiple flavors and toppings.  The market grew by 74% between 2011 and 2013, quite a healthy boost.

Producers are going into overdrive with the creation of yogurt products.  Just over 80 million gallons of frozen yogurt were made in 2013, which represents a rise of 40% over 2012.  People are recognizing that frozen yogurt is very, very tasty.

People love to experience the flavors of this delightful frozen dessert a lot more than the flavors of ice cream.  Many ice cream connoisseurs prefer vanilla, but people go everywhere with the flavors of frozen yogurt, be it into berries or more exotic lands.

Have yourself a cone or a cup of frozen yogurt and support the bold tradition today.